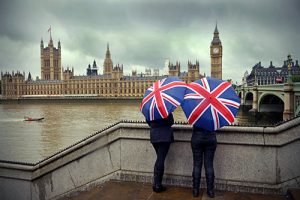 At last Brexit talks have begun. Since Britain first voted to leave the EU back in June 2016, confusion and uncertainty has reigned – not least amongst international companies trading with Britain or who have a base here.

Following the triggering of Article 50 of the Treaty on European Union in March the clock immediately started ticking towards a two-year ultimatum. March 2019 is set as the deadline for a signed and sealed ‘divorce deal.’

Both sides began their ‘fight’ with plenty of sleeves rolled up on both sides and this will be no smooth ride.

Ultimately will it be a so-called ‘hard Brexit’ (i.e. complete separation), or a ‘soft Brexit’ which means staying in the single market? Although the ‘soft’ option seems more in favour right now and mainly down to PM Teresa May’s recent shock election result (she had always favoured a complete separation from the EU), division still lies within the UK government itself. Brexit secretary David Davis said this week Britain will be out of the EU customs union and single market by March 2019.

The EU negotiations timetable may be painfully slow to kick into action, but many of international businesses based in Britain remain confident. Britain is one of Europe’s most important markets and many businesses are focusing on driving business forward. For instance, Deutsche Asset Management (AM) has recently completed a £310m deal with M&G Real Estate, despite fears over Brexit causing a downturn in the London property market. German electronics giant Siemens said they will continue to invest in the UK and Qatar has pledged a £5bn investment in the UK economy over the next five years.

Not all companies are positive about how Brexit will affect them and are being cautious. IT giant Microsoft and the bank HSBC have indicated they will curb any business expansion plans in the UK if a ‘hard Brexit’ will be the outcome.

Whether the ultimate Brexit deal will lead to long-term difficulties driving away inward investment away from the UK, or simply result in a short period of instability before everything smoothes out again, is still unclear.

EU nationals will be allowed to remain in Britain after Brexit

Theresa May guaranteed EU nationals living in Britain similar rights after Brexit to those of UK citizens. May unveiled plans for a new “settled status” for EU citizens who have lived in the UK for five years at a date Britain exits from the European Union and confirmed that they would not be forced to leave. EU citizen, who have been in the UK for less than five years on that date, can to stay until they have five years of residence to claim settled status.

Settled status will grant the 3 million EU citizens currently living in the UK the same rights as UK citizens for access to education, benefits, pensions, and healthcare. In return, May expects a reciprocal agreement for UK citizens living in the EU.

David Davis, Brexit Minister finally accepts the EU negotiating timetable in a climbdown on the first day of the talk saying, “It is not when it starts, it is how it finishes,” he said.”

The talks will now kick off with the following topics:

AXADA delivers comprehensive accounting and tax support services, that are specifically tailored towards businesses expanding internationally and with our multilingual skills, trading across borders becomes even easier for our clients. If you have any questions or queries on how Brexit could affect your business contact our dedicated team today.

Keep up with the latest news and developments on Brexit